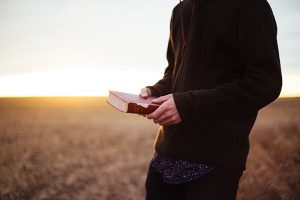 The Bible is a book like no other. The sacred text can arguably be considered the most influential book ever published.

“The influence of the Bible is worldwide,” wrote Arthur Pink, the Christian evangelist. “Its mighty power has affected every department of human activity. The contents of the Scriptures have supplied themes for the greatest poets, artists and musicians which the world has yet produced, and have been the mightiest factor of all in shaping the moral progress of the race.”

The Bible – a worldwide bestseller

The Bible is influential because it is the world’s bestselling book, breaking all records known to man. According to The Guinness Book of World Records, since 1815 the Bible has sold approximately 2.5 billion copies and has been translated into more than 2,200 languages or dialects.

The Bible’s influence is not limited to Christians; Jews and Muslims also consider the Bible to be a sacred text.

The Bible is especially influential in American society. In the 2012 State of the Bible report released by the American Bible Society, commissioned by the American Bible Society and conducted by Barna Research, it was found that in America, 85% of households own a Bible. Most families own more than one Bible, with a household average of 4.3 Bibles. The survey found that the majority of Americans (69%) believe the Bible provides answers on how to live a meaningful life.

In a poll conduced by Comres, the survey asked people how important knowledge of the Bible is for appreciating culture, history and politics. On the whole, people think it is significant, with nearly half of people believing it is important for the visual arts, literature and history.

The influence of the Bible on society has been important throughout history. As the 18th century philosopher Immanuel Kant wrote,

“The existence of the Bible, as a book for the people, is the greatest benefit which the human race has ever experienced. Every attempt to belittle it is a crime against humanity.”

Influence of the Bible on language and culture

The Bible has influenced our society through its impact on our language, on the words we use. Over 22,000 English words have their root in Hebrew. That’s more than the roots of Greek, Latin, and French.

The Bible is quoted more often than any other piece of literature in history and has had more influence on our language, culture, and laws than any other book or idea ever published. A recent book by the linguist David Crystal, appropriately called Begat: The King James Bible and the English language, counts 257 phrases from the King James Bible in contemporary English idiom. Some of the phrases from the Bible that has become part of our everyday language include:

Put words in thy mouth ~ Jeremiah 1:9

Turned the world upside down ~ Acts 17:6

A fly in the ointment ~ Ecclesiastes 10:1

Famous men have praised the Bible’s influence on society. Tennyson considered Bible reading “an education in itself”, while Dickens called the New Testament “the very best book that ever was or ever will be known in the world.”

The US statesman Daniel Webster said:

“If there is anything in my thoughts or style to commend, the credit is due to my parents for instilling in me an early love of the Scriptures.”

Equally celebrated as a British orator, TB Macaulay said that the Bible demonstrated “the whole extent of the beauty and power” of the English language.

The Bible and American literature

The novels that have had the most impact on American literature have strong biblical influences. These classics include: The Grapes of Wrath by John Steinbeck, The Song of Solomon by Toni Morrison,  Moby Dick by Herman Melville and The Scarlet Letter by Nathaniel Hawthorne. In the much-read Uncle Tom’s Cabin by Harriet Beecher Stowe, the book contains almost 100 quotations or direct references from the Bible.

The Bible and film

Film is a highly popular medium in society all over the world and the Bible has influenced society through films that have biblical references. Some of the great films with biblical themes include: The Ten Commandments,  The Passion of the Christ,  Bruce Almighty,  Pulp Fiction,  Armageddon,  The Chronicles of Narnia,  The Lord of the Rings,  The Prince of Egypt,  The Matrix,  Chariots of Fire and  The Exorcist.

The Bible and art

The Bible has also influenced society by its presence in the great art throughout history.

If you visit the great museums in Europe and America, like the Louvre or the Metropolitan Museum of Art in New York, you’ll find many paintings whose subjects are inspired by the Bible.

Famous biblical art include Leonardo Da Vinci’s Last Supper and his statue of David. The Sistine Chapel in Italy is famous for its ceiling painted by Michelangelo which is bursting with beauty from biblical scenes. In the Tate Museum in London, you’ll find engravings by William Blake on the Book of Job. Botticelli delights with his painting on the Adoration of the Magi at the Galleria degli Uffizi in Florence. The painting of David with the Head of Goliath by Caravaggio is also well known.

The Bible: laws and morality

In societies like America where the Bible is widely read, this sacred book is highly influential, becoming the foundation of morality in society. For example, in America, the Constitution and the rules and laws that govern society have their roots in the Bible, through moral codes like the Ten Commandments.

Great American leaders have also spoken about the importance of the Bible in establishing morality in society.

“I have always said, I always will say, that the studious perusal of the sacred volume will make better citizens, better fathers, and better husbands.” - Thomas Jefferson (1743-1826), 3rd President of the United States.

And Jefferson wasn’t the only early U.S. president who felt this way:

“So great is my veneration for the Bible, that the earlier my children begin to read it the more confident will be my hopes that they will prove useful citizens to their country and respectable members of society.” - John Quincy Adams (1767-1848), 6th President of the United States.

In conclusion, we can see that the Bible has an enormous influence on society through its presence in culture. Biblical allusions can be found in the major works of art, fiction and poetry, music and films. Through the prevalence in both high culture and pop culture, the Bible influences society with its teachings. The Bible is indeed a highly influential book, impacting society on many levels.